Mr. Amol Arora is a visionary person with a multi-dimensional personality. He has lead the SHEMROCK & SHEMFORD Group of Schools to become India’s leading Chain of Schools with 525+ Preschools, Primary Schools & Senior Schools located across India, Nepal & Bangladesh, with over 3,00,000 alumni. Mr. Amol has strengthened the SHEMROCK brand by outspreading its high-quality education & child-friendly environment in the entire country and further extending it to Nepal & Bangladesh, with 425+ branches. Additionally, with his far-seeing wisdom, he has also transferred the same stress-free & fun-filled learning environment to his Sr. School Chain – SHEMFORD Futuristic Schools. Today, there are 100+ SHEMFORD branches in 17 States & Union Territories of India, which makes it the fastest growing K-12 School Chain in the country.

Under his expert guidance and management, SHEMROCK has been declared the “Best Playschool in Delhi NCR” by Brands Academy & has been titled as “Best Preschool of the Year” by TIME Research at Business Leadership Awards. SHEMFORD has made a remarkable entry into the Limca Book of Records 2013 for “Most Schools Launched in Shortest Time” and has been titled as “Best K-12 School Chain of the Year” at the South Asia Education Summit Awards 2015. Also, as a result of the strong franchisee support system developed by the Group, with his cerebral leadership, the Group has been ranked as one of the Top 100 Franchise Opportunities by the Franchising World Magazine for 6 consecutive years (2010 – 2015). The Group has also been declared the “Best Franchisor- Preschool Category” by Franchise Plus Magazine.

Furthermore, he is a regular speaker at prestigious National & International Educational Conferences & Seminars like Global Education & Skill Summit (GESS), DIDAC, One Globe, VCCircle Summits, Institute of Company Secretaries of India (ICSI) Conference, eINDIA Education Summit, Asian Summit on Education & Skills, Education Thought Leaders Conclave, India Learning Expo, EduConvEx, Entrepreneurship Summit, Confederation of Indian Industry (CII) Business Meet, Educational Leadership Conference and many more. With his vast experience as an educationist, he has been addressing the challenges faced by the young educators through these platforms, to help them create a better education environment for the future generation.

A travel enthusiast, Mr. Amol has visited several countries in Europe, America & Asia. He has thus discovered the best of the educational systems & learning across the globe and has implemented this knowledge & understanding, to benefit nations like Nepal & Bangladesh, which are still evolving in terms of education technology, by extending his school chain to these countries. He has also transferred to them, the learning concepts, trends & technology that India’s education sector uses, through the education curriculum of his group – SHEMEDUMAXTM – a system which has been developed after years of research and is a feature that he is proud to be sharing with the world. 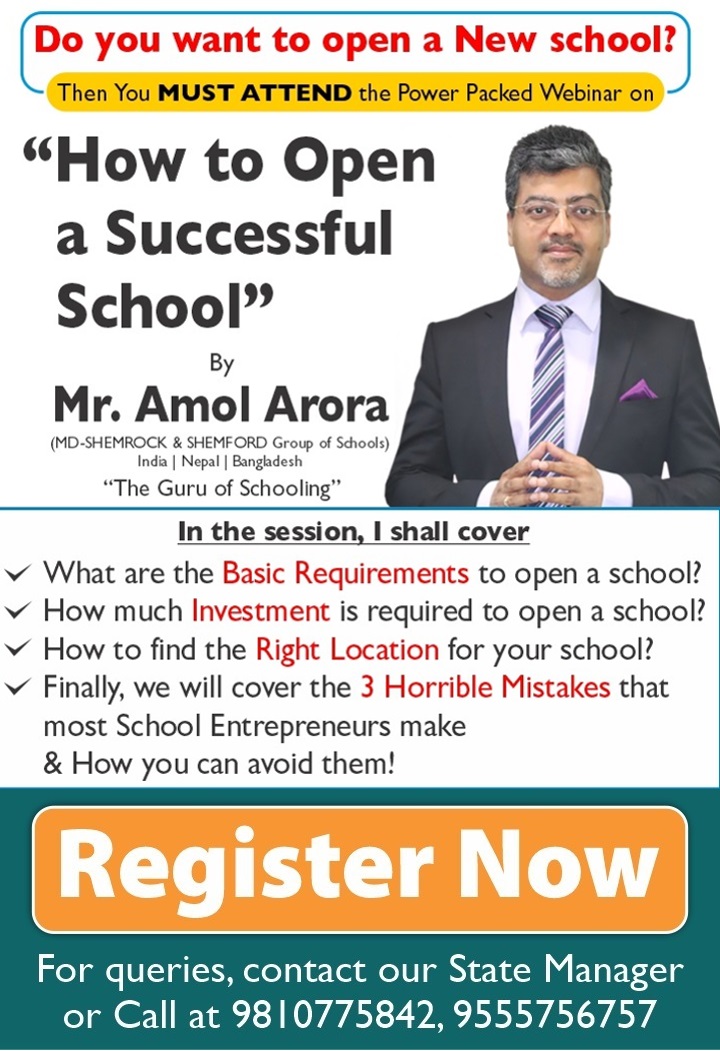